I send you greetings and all the best from Romania, from the eastern border of the European Union to its western ex border, the United Kingdom of Great Britain, and further to the whole Earth, thanks to the Internet, the most revolutionary man-made tool to date (only a quarter of a century ago), after the wheel of millennia, and centuries of…English of the great masters Shakespeare and Dickens!

The Internet and Technology have virtually removed the boundaries of global instant information communication, and the English language helps the most in understanding communications, even with the most numerous people, meaning the Chinese. How wonderful!

Finally, only a dozen years ago, the “creator of the wheel” thought cryptocurrency, about the significance of which ordinary people will only now begin to hear …

If the old coins managed to bring prosperity to only a small percentage of humanity, I believe that the new virtual currencies will be the tool with which the wealth will begin to be shared democratically on the planet in less than five years from now!

I am referring first to the WESA token, and then to the other cryptocurrencies, led by the first, Bitcoin.

Why first eval the newest cryptocurrency WESA? Because WESA is the first revolutionary currency of all time, designed and created to be distributed primarily (and not accumulated primarily), unlike the very old Dollar or the relatively new Bitcoin!

I believe that WESA Token will make the difference that will trigger the revolution in the democratization of welfare on all continents of the earth in the next less than five years, again… Will live and see!

Yesterday’s, in XIX Siecle, Pioneers explored and colonized the continents, which they develop in XX Siecle.

Thank you very much, WSA Dedicated Team & Great Community, for the big chance and the huge opportunity to be part of the new XXI Siecle Pioneers, who will build and develop the Power of One Global Healthy Community, We Share Worldwide Democracy Abundance & Universal Multiply WESA! 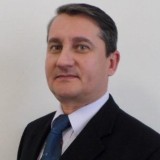 VallentineJ, an excellent and professional article!

Thank you so much for appreciating Kirsten and all the best to join us!

This site uses Akismet to reduce spam. Learn how your comment data is processed.